The Language of Snow 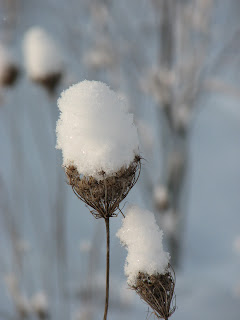 Growing up upon on the eastern end of Lake Ontario I became very aware of the significance of snow to everyday life, for plants, animals and humans. Although I could walk through the woods behind my parents’ house and see, touch and sometimes taste the different forms of snow blanketing the ground, I didn’t have the words to describe this experience in detail.

The work of Canadian snow ecologist William Pruitt, based on studies conducted by the Russian researcher Alexander Formozov, introduced me to the language of snow. The language of snow did not evolve in a warm, wet maritime climate such as England as the inhabitants rarely encountered snow. Thus the English language lacks many of the descriptive words for snow compared to the languages of other, northern cultures like the Russians, Finns and native peoples living in close proximity to the Arctic Circle. A glimpse at the work of Formozov (and Pruitt) will reveal that “qali” (Inuit (Kovakmiut) term for “snow on the trees”) is what fell on the blossoming fire of the character in London’s “To Build a Fire”, essentially sealing his fate. The next time I encounter a hole in the snow where an animal has plunged for shelter I will be able to use the Finnish word “kieppi”.

Now I await the day “Terms for Snow” becomes a category on Jeopardy. Until then, VINS-Manchester is presenting a series of programs designed to get folks young and old out into the woods to explore the fascinating winter world. Winter vacation Junior Snow Ranger programs, tracking programs and a hike to the Mt Equinox landslide are all scheduled for the coming months. Please check out the VINS-Manchester page for more details, or give us a call at (802) 362-4374 to register.