What a perfect saturday in August – learning all about the wonderful world of insects at VINS. The Incredible Insect Festival on August 2 was a smash hit bringing out a total of 349 visitors. All day visitors were able to browse the large caterpillar collection of Sam Jaffe, an Master’s student of environmental education at the Antioch University of New England. Among the over 50 different species he brought, my favorites were the Cecropia moth caterpillars. They were so big and colorful, I overheard one kid exclaim “It looks like candy!”

Being such a success as a first time event, I sure hope to be here for an even bigger turn out next year! There were many things I just didn’t have enough time to try. For example, Anne Dannenberg taught some people how to make bee hives out of bamboo.  These small, easy to make hives are great to put around gardens to help attract pollinators, and also make great decoration! This activity was earlier complemented by a pollinator workshop also given by Anne. For those not interested in the workshop, story time was another alternative.

Story time was a blast with some stories read from books, some told from memory, and some acted out with puppets. Later in the afternoon I was also able to lead a bug hunting expedition. After quickly going over the basics of what a bug is, what they are good for, and how to collect them, those kids were itching to get their hands on a net. They each picked a net and a collecting jar and we were off to the field. We didn’t make it far in before they started sweeping everything in sight. It was maybe 38 seconds into this adventure before I was called on to pull out my trusty field guide. Every insect was a fascinating find whether it was an invasive ladybug, a Halloween Pennant dragonfly, or an ambush bug. I thoroughly enjoyed how much they felt ownership over what they had caught and wanted to know more about it. 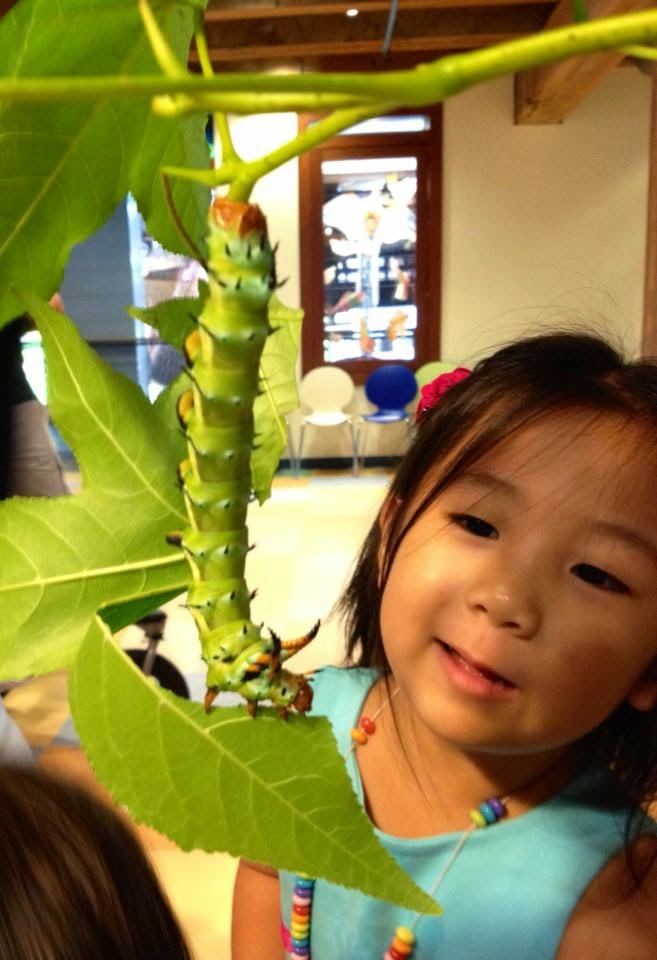 At the very end of the day as I was helping to clean up, I passed my dad who had come out for the day with my mom. He was practicing fly casting with a few other folks, led by Brian Burkholder. They were all so involved in this task, they nearly caught me with a cast a few times. It was clear to me that everyone found something to capture their fancy at this event from the 4 year olds enthralled by story time, to the older kids eyeing the candy-like caterpillars, and even the old-timers meditatively fly casting over and over again.

After spending my days this summer mostly helping kids to appreciate raptors better, I felt refreshed and invigorated spending a day helping others learn more about insects – my true passion. Being a naturalist, I love learning about all things – birds, bugs, plants, mammals, geology, etc – but without a doubt bugs are my favorite. As a group of organisms that often receives a “ewwww!” it was nice to see so many “ohhhs” and “ahhhs” at the VINS Incredible Insect Festival.