Look For It Now: Late-autumn meadows 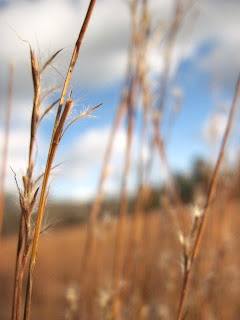 Late November finds Vermont meadows in their brown and brittle glory. Tall, oat-colored grasses bowing their heads, heavy with seed; wildflowers — long succumbed to frost — curled up and gray, readily giving up their remaining seeds to the wind. A friend of mine said recently that early autumn in Vermont — with its showy display of tourist-attracting red and orange leaves — gets all the attention, while the beauty of late autumn barely earns a second glance. I agree. Give me some brown stalks of bluestem among fuzzy bunches of aster, throw a blue sky behind it, and I’m happy.

There isn’t a season I don’t like, but there’s something about the transition between autumn and winter that has its own special feeling. The colors are simple. The air is dry. We’re all anticipating colder weather, snow and the rush of the holiday season. But a walk through a meadow reveals abundant traces of summer’s life, which wasn’t all that long ago.

So before we do get that first snowfall that’ll stick around ’til April, burying all that we now see, enjoy the grasses and colors of this fleeting time of year.

Below are some photos of the meadow here at VINS. From top-down: aster, St. John’s wort, rabbit’s foot clover, lupine, Queen Ann’s lace, and goldenrod. Click each image for a bigger view. 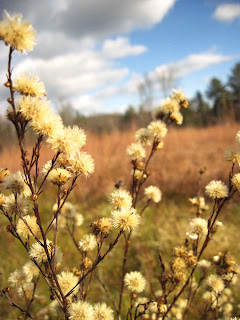 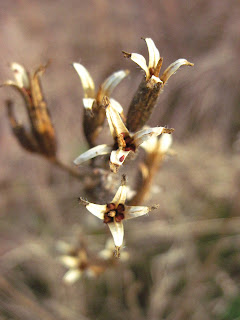 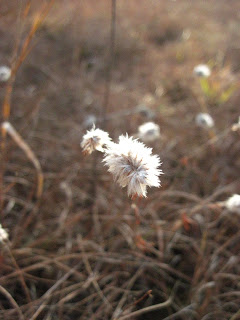 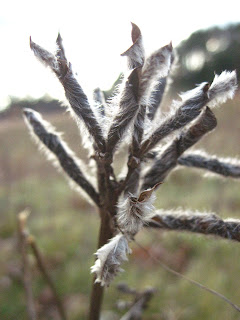 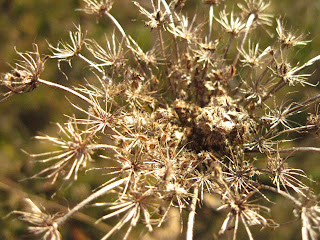 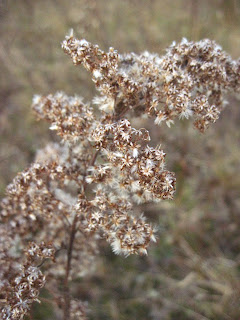 Look For It Now| Wildflower