In the ‘Neck’ of Time 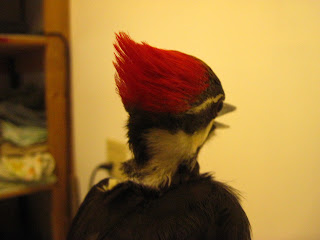 This pileated woodpecker was found along a road, unable to fly, in Middlebury, VT. With a wing injury, a gaping wound on her neck, and a snowstorm on the way, this girl was rescued just in the nick of time! Thank you to the couple who drove this bird several hours to VINS on a snowy Saturday morning.

Watch a video of this woodpecker’s wound care.

Upon examination, we found an open wound on the bird’s neck, which we suspect formed when she was clipped by a passing car. While no fracture was found in the bird’s right wing, we noticed it drooped a bit, so we wrapped her wing up in case there was an undetected shoulder injury. We’ll keep the wrap on for a few weeks to stabilize her wing.

Already the woodpecker’s neck is healing up nicely, and once we remove her wing wrap we’ll be able to assess her chances of returning to life in the wild. So far, so great!

Below, VINS interns Priya Subbarayan (left) and Hannah Goldman work on the woodpecker. 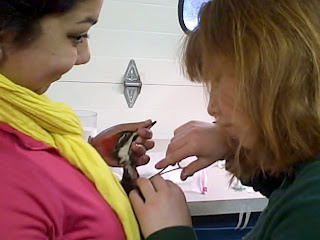 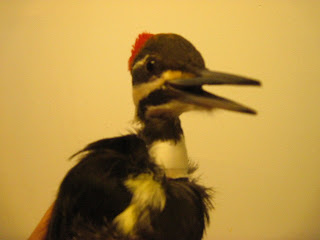